Saved PropertiesLogin
About Us.
You're in Gooding company
Our property roots go all the way back to 1930, when the late Charles Gooding first qualified as a Chartered Surveyor ahead of establishing his own estate agency. Father to Rex Gooding and grandfather to Chloe and Daniel Gooding – who run the business today – Charles' original vision for friendly, trusted, local and independent property advice and service lives on today.
Daniel and Chloe Gooding explain how the company began and what the company means to them
Click here to play video
Click here to pause video 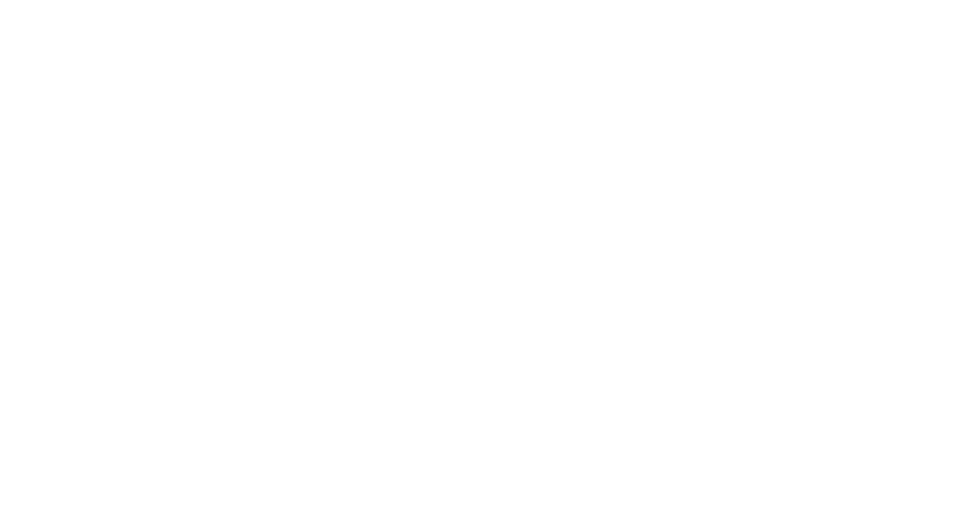 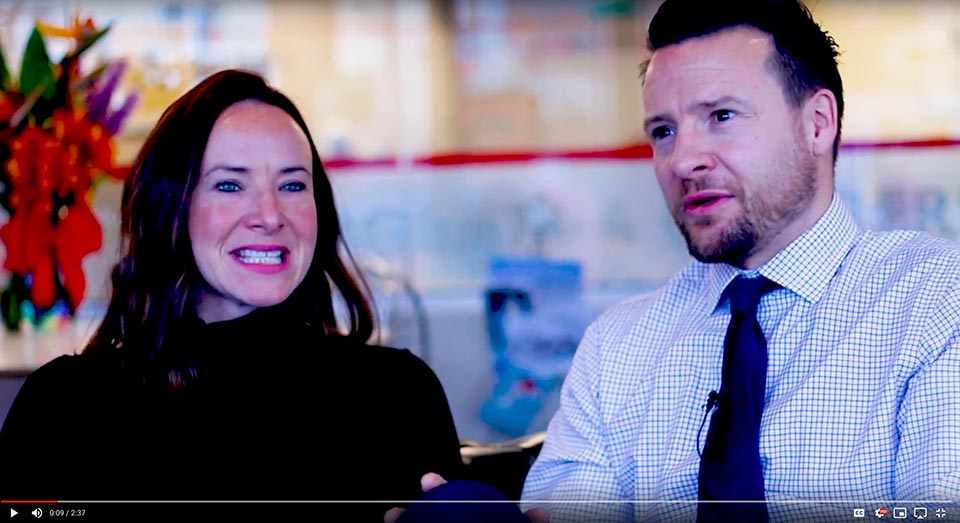 During WW2 Charles Gooding worked for the military requisitioning properties for the war effort. 14.5 million acres of land, 25 million square feet of industrial and storage premises and 113,350 non-industrial premises were requisitioned during the Second World War. The War Office alone requisitioned 580,847 acres between 1939 and 1946. After the war Charles Gooding worked for Nelson H. Sutton a firm of Estate Agents & Chartered Surveyors. He went on to acquire the business and on his retirement sold the firm to Beardsley Theobalds that later sold out and became Halifax Property Services. 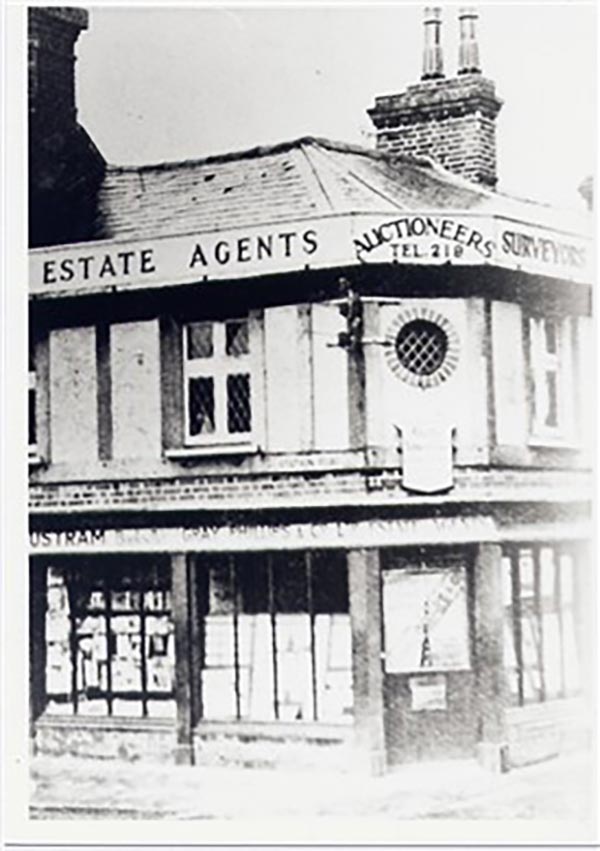 Rex Gooding
Rex Gooding started his career in 1960 with Walker Walton Hanson, now called Savills. Rex worked at their Albert Road branch, which is today Rex Gooding’s West Bridgford office. He later moved to Hallam Brackets, who were then located in the building opposite our office, next door to M&S. Rex managed Hallam Bracket’s West Bridgford and Ruddington offices before setting up on his own in 1988. Rex is the past Chairman and current President of the National Association of Estate Agents (East Midlands Branch) and a Trustee and Vice President of the Old Tridents Society (Trent College). 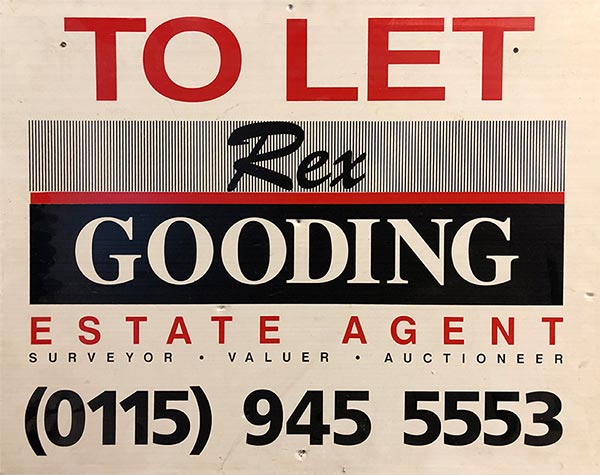 Chloe Gooding
Chloe Gooding studied Real Estate Management at Nottingham Trent University and qualified as a Chartered Surveyor in 2005. Chloe joined the large firm of surveyors, Lambert Smith Hampton. Chloe has also worked at Capital Retail and at Pizza Hut as their acquisitions Manager before joining the firm in 2006 as a Partner and heads up the commercial and residential letting and management departments. 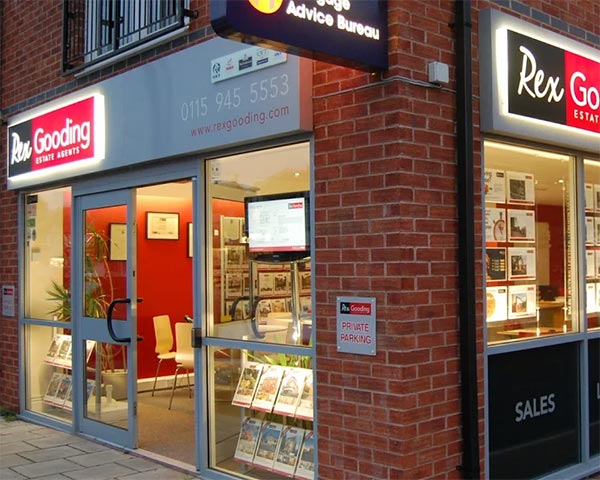 Daniel Gooding
Daniel Gooding, like his Father and Grandfather, attended Trent College. Daniel studied Real Estate Valuation & Management at the University of the West of England in Bristol. Daniel moved to London and in 2005 became Branch Manager of a busy Central London Estate Agency selling houses in the Fulham & Chelsea area. Daniel joined the firm in 2008 as a partner and heads up the residential sales department. 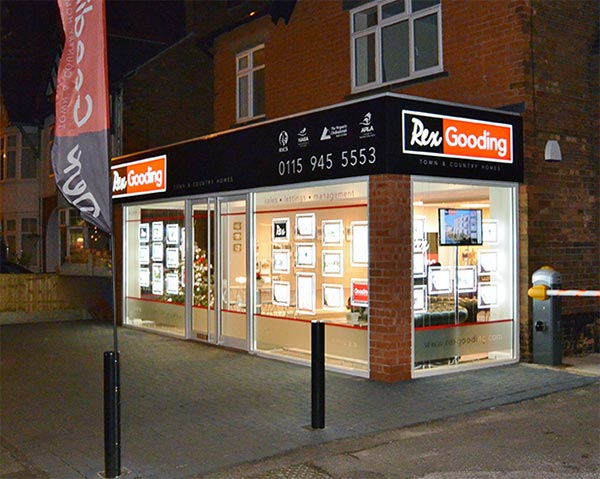 How can we help you today?
Mortgages
Choosing the right mortgage and insurance for you is simple and straightforward.
Learn More
Solicitors
Make all the right moves with our carefully selected panel of local solicitors.
Learn More
Surveying
Select from trusted, local, expert RICS valuation and building survey providers.
Learn More
Meet the Gooding guys.
Click here
West Bridgford... A Gooding place to live!
West Bridgford is located south of Nottingham city centre and is home to some of the major sporting attractions in the region. Within just a few hundred yards of each other is the third oldest Test Match ground in the world, Trent Bridge, and the City Ground, home to two times European Cup winners, Nottingham Forest and the National Water Sports Centre at Holme Pierrepont.

Given the proximity to such superb sports stadium, there are plenty of places to eat and drink. Explore the streets immediately surrounding Trent Bridge and the City Ground. In particular check out the specialist ales at The Waterside Bar, setting off the sporting theme perfectly by being a designated sports bar.

As you venture into West Bridgford, around Central Avenue and Bridgford Road, there are many other good quality bars and restaurants to try out. Along here you'll find The Botanist, Côte Brasserie, Copper Bar Café and Escabeche - a restaurant offering food inspired by the Mediterranean and brought to you by the same team behind the highly regarded Perkins restaurant.

The number of highly ranked schools in West Bridgford is often cited as a reason for its relatively high property prices. This, along with the gentle nature of the town, a leisure centre and proximity to the south Nottinghamshire countryside, including the Vale of Belvoir, ensure that West Bridgford is a popular location for families to live in.